This guide applies to the following cars:

1️⃣ Insert the new Key Fob in the ignition and turn to the RUN position.

If the vehicle is equipped with Keyless Enter-N-Go, remove the Engine START/STOP button. Then insert the new Key Fob in the ignition and turn to the RUN position.
EVIC will display message: ‘Key Not Programmed’. 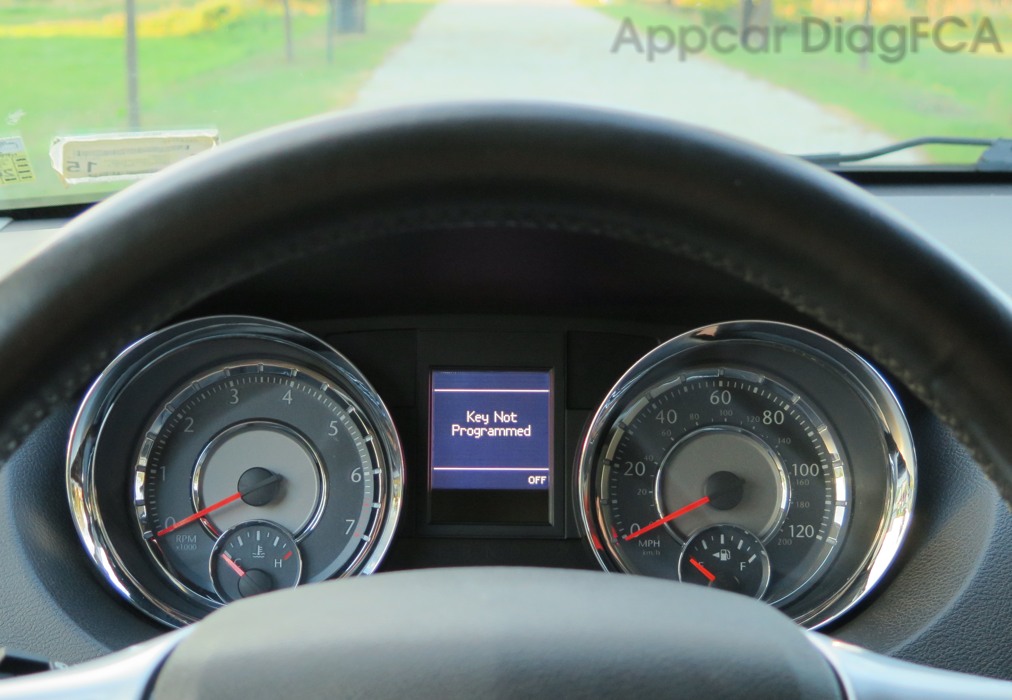 2️⃣ Establish a connection with the vehicle, and run ‘Read PIN Code’ Routine.

You can find it in Diagnostic -> WCM -> Routines. The PIN code will be needed when programming the new Key Fob. 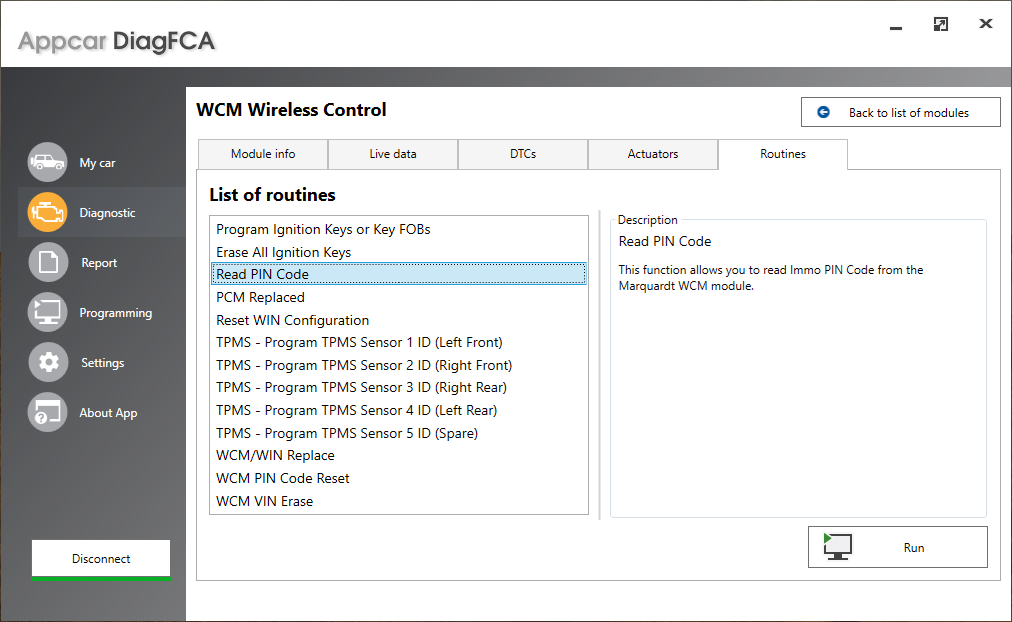 👉 How to read PIN Code 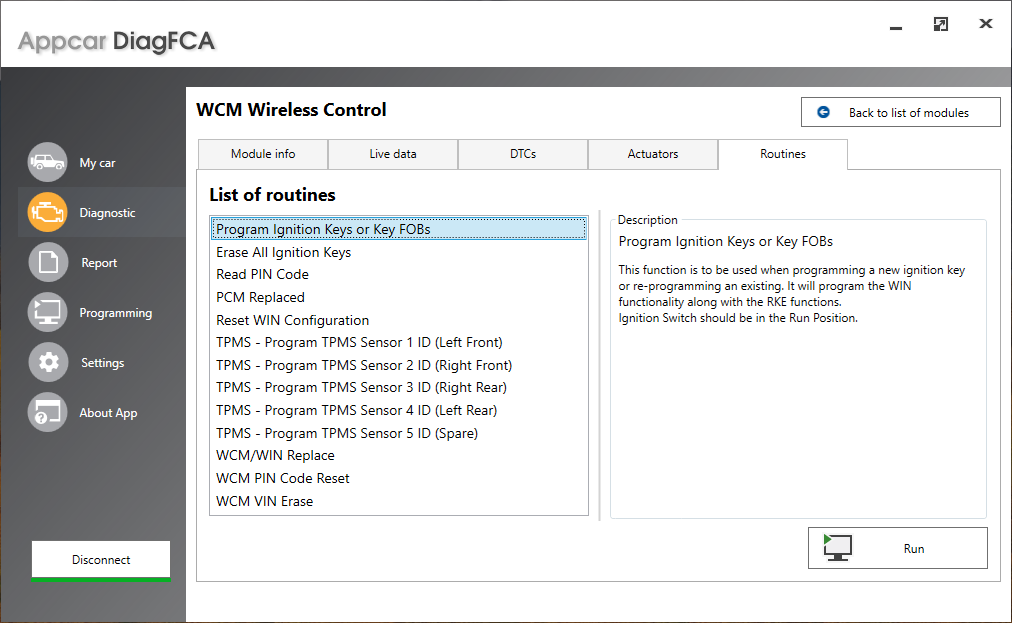 On the first step you will see the number of currently programmed keys. Usually can be a maximum of 8. 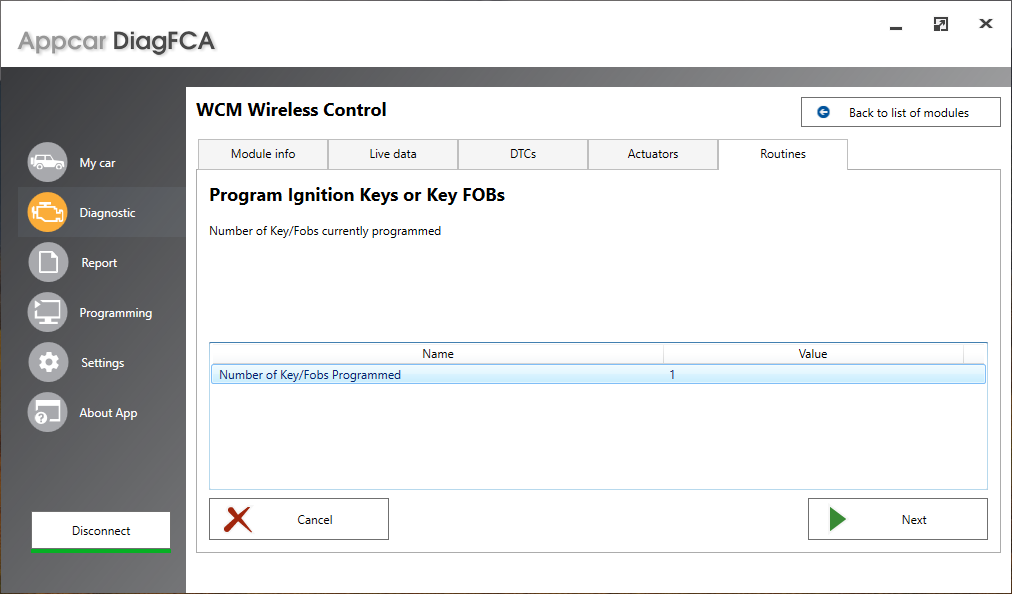 In the second step, you have to enter the 4-digit PIN code.

Then the ignition module will start the Key Fob programming procedure. It may take several seconds. 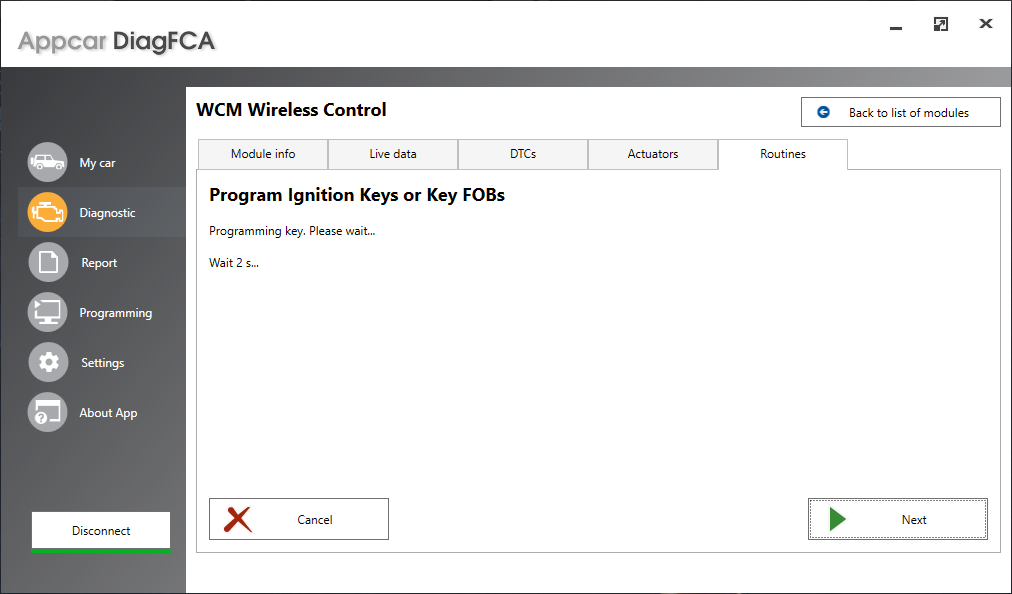 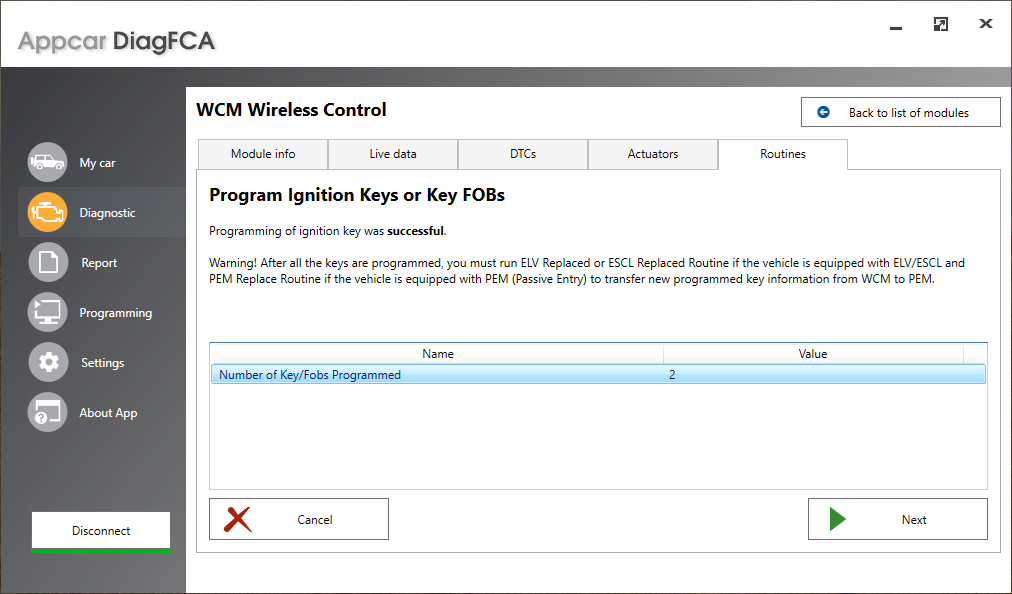 4️⃣ If the vehicle is equipped with a Keyless Go

and the programmed key supports this function (cheap replacements usually do not support it) – 👉 PEM Replace Routine should be run. You can find it in Diagnostic -> PEM -> Routines.

⚠️ Common causes when the ignition module is unable to program the key:

– wrong key fob type – similar looking key fobs are not interchangeable,
– the key fob was already programmed to another vehicle,
– the maximum number of programmed keys has been exceeded,
– too low or too high key fob battery voltage – should be around 3.3 Volts

The most important changes:

The beta version will be available soon to download in the User Panel - click 'Check License & Update' in the software to get it.

Do you have an Appag DiagFCA license and would you like to start beta testing? Contact us.

Updating the database to ver 1.0.AD :

Updating the database to ver 1.0.AC :

Updating the database to ver 1.0.AB: